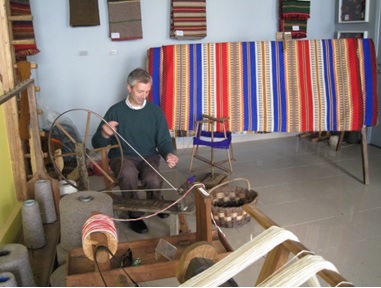 Minderico (ISO code /drc/) is an Ibero-Romance endangered language spoken in Minde (Portugal) by a community of 150 active speakers, only 23 fluent speakers, and approximately 1000 passive speakers (those who understand the language but do not speak it).
From the 16th century on, the blankets of Minde became famous all over the country. Due to this popularity, the wood carders, blanket producers and merchants of Minde created a special language, based mainly on Portuguese, to protect their business from “intruders” in the markets they visited all over Portugal. It allowed them to negotiate among each other the prices in front of strangers and/or customers in an unintelligible way.
Contrary to the normal limited lifespan of secret languages, Minderico evolved from secret language to everyday language in Minde, being used not only for commercial reasons but also and mainly in all daily social contexts, becoming the main means of communication in the village and a unifying identity element. During this process, Minderico expanded its vocabulary continuously, adapting it to the needs of the community and reflecting simultaneously the technological and socio-cultural developments of the society in which it was integrated. It turned into a full-fledged language with a very characteristic intonation and a complex morphosyntax.

Although Minde was the place where Minderico developed most and maintained the status of language of everyday communication until now, the language was not only confined to Minde. Due to private, economic and professional relations, Minderico extended also to two adjacent villages: Serra de Santo António where the language is already extinct and Mira de Aire where there are still four speakers. Both villages worked on the same economic branch as Minde – textile production and commercialization. Moreover, Mira de Aire belonged administratively to Minde until 1708 and Serra de Santo António until 1918. It means that the three villages where also connected administratively and this was also an important factor for the dissemination of Minderico.
Due to economic, social and educational reasons, the number of speakers declined drastically during the last 50 years. Intergenerational transmission was interrupted and Minderico is no longer passed to children at home. All speakers of Minderico are and were always bilingual, speaking Portuguese along with Minderico. Minderico is almost only used in familiar contexts (when talking to older members of the family and to friends), but even in this context the pressure of Portuguese as language of education, administration, economy, etc. is clear. 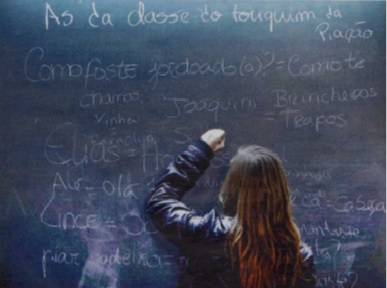 The knowledge of Minderico is not homogeneous among its speakers. As already mentioned, there are currently 150 active speakers (only 23 of them are fluent speakers). Curiously, 15 of the fluent speakers are new speakers, who did not learn the language at home but through the revitalization process; they learnt it in a later period of their lives, as their own decision. Intensive code switching between Portuguese and Minderico characterizes the speech of the majority of the active speakers.

All these factors together will the almost inexistent presence of Minderico in the media and in the new digital domains, as well as the lack of official recognition as a minority language and the consequent lack of official support and prestige, contribute to its current endangered status.